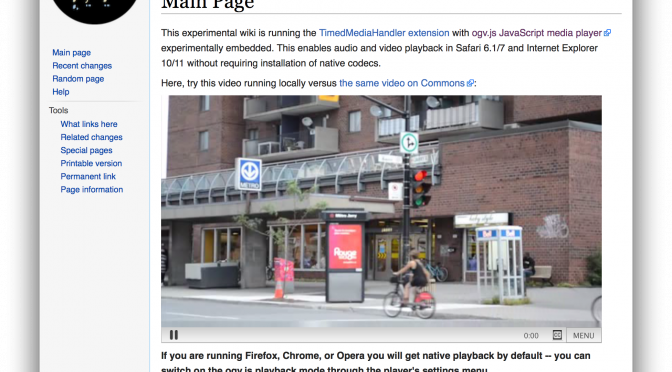 After many weekends of development on theÂ ogv.jsÂ JavaScript Ogg Vorbis/Theora playerÂ I’ve started work on embedding itÂ as a player into MediaWiki’s TimedMediaHandler extension.

The JavaScript version is functional in Safari and IE 10/11, though there’s some work yet to be done…Â See a live wiki at ogvjs-testing.wmflabs.org or the in-progress patch set. 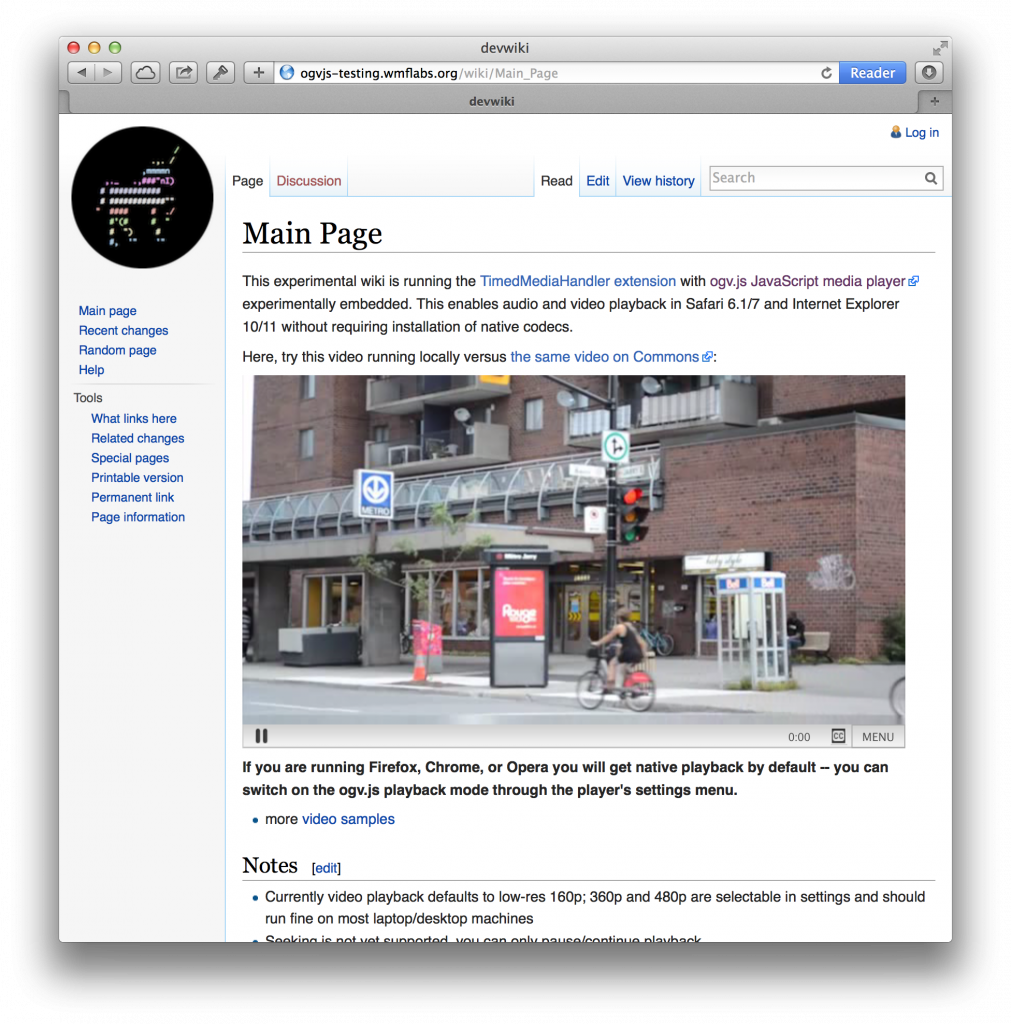 Meanwhile, stay tunedÂ during the week for some demos of the soon-to-be-majorly-updatedÂ WikipediaÂ iOS app!

In addition to my in-browser ogv.js media player, I’ve got an OgvKit framework in progress for native iPhone and iPad apps, which I hope to integrate into Wikipedia’s new iOS app somewhere down the line.Â I took a littleÂ Independence Day holiday time and made a bunch of improvementsÂ from where I last left it a few months ago:

(If the video is sideways, sorry — it’s still “processing” as of this writing.)

Shiny new A7-based 64-bit devices play 480p and even 720pÂ happily (iPhone 5S, iPad Air) but stillÂ struggle with some 1080p originals. My oldest devices like an iPhone 3Gs and iPod Touch 4th-gen can’t go higher than 160p or so at present — still significantly faster than the JavaScript ogv.js version which can’t handle video on those devices at all.

Future work for another weekend: