So I’m doing a little post-Wikimania traveling with my wife and my parents. Yesterday we drove from London to Cardiff via Stonehenge. It was… Quite the experience for a first-time driving in the UK. 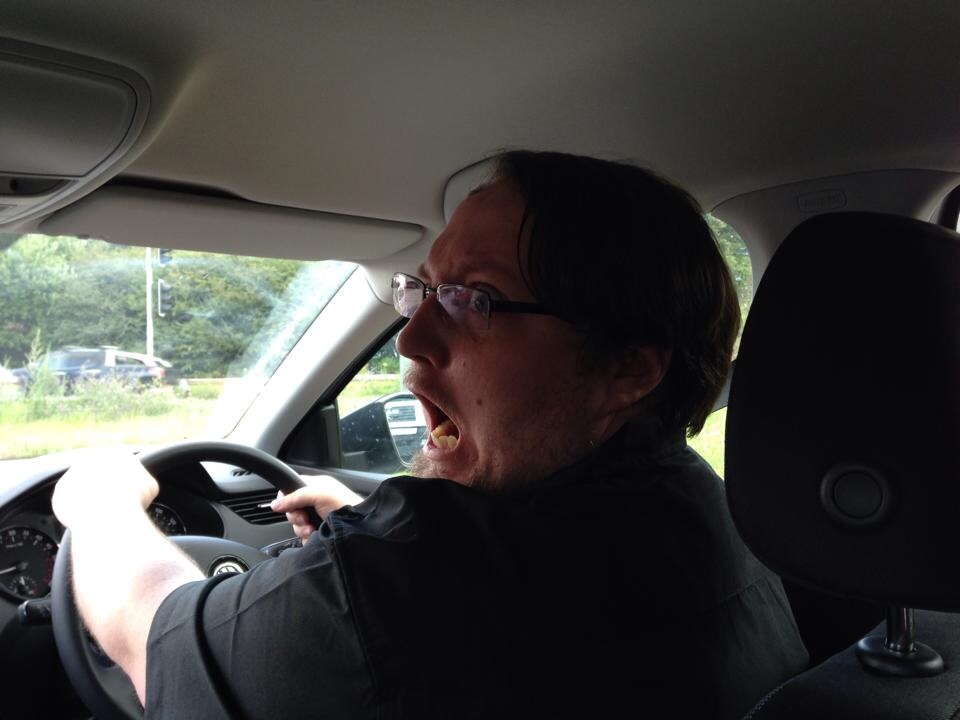 Our adventure begins in the London Docklands, where the 72nd World Science Fiction Convention was held at the Excel Centre (loncon3.org). I was able to hire a car at the Europcar branch in the convention center, made it over to our hotel, and we just managed to squeeze our luggage into the back of this Skoda something or other.

Google Maps wanted to route us through the London city center to get out to the M4 motorway, but everyone I asked assured me this was a terrible idea and I should get to the M25 “orbital” highway that circles the city. A13 runs east from the docklands to the M25 and was pretty easy to get to; after some initial confusion getting used to driving on the left and being on the right side of the car I more or less adjusted, and we stopped for a quick lunch at a rest stop (“services centre”) off M25.

From there the route to Stonehenge was very simple: go south and west on the M25 orbital until the M3 branches off, then take A303 out to Amesbury and follow the signs to Stonehenge. This route was great; mostly big modern highways, well labeled, in the middle of the day. My main difficulty was adjusting to properly centering the car in the lane when I’m sitting on the “wrong” side of the car. 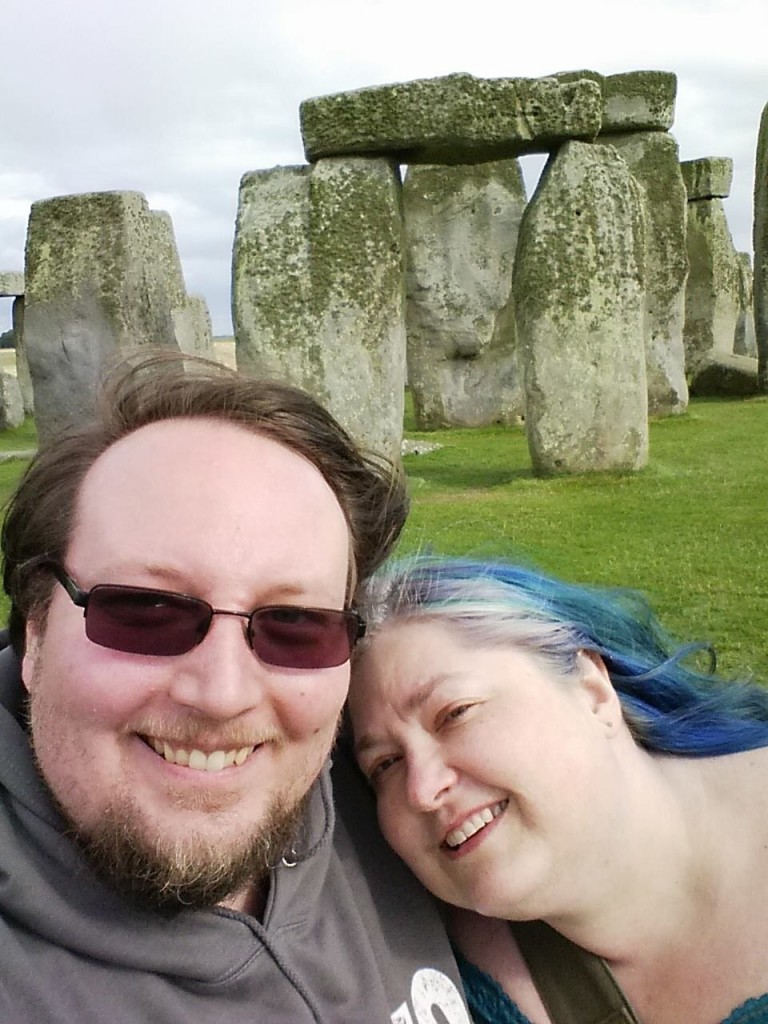 When I planned out the route I didn’t do enough research on how to get back to the main motorway; it looked clear enough on Google Maps and I just turned on navigation on my phone and followed the directions a while.

The phone losing gps signal at first was a bad sign, but in retrospect the route was bad to begin with. We ended up taking A360 sorta northwestward toward the M4 which leads straight to Cardiff. As it turns out, while A303 was mostly a pretty comfortable minor highway, A360 is actually a series of tiny country and village back roads.

Often it narrows to one lane, has no shoulder, squirrels around and makes weird turns, etc. this was a somewhat harrowing experience, especially as signage was nearly nonexistent and I had a poor idea of how far I was from the main highway.

Eventually we reached the entrance to M4… And I missed the exit from the roundabout and ended up on the wrong road. Google Maps rerouted us… Down another country road which eventually took us back to M4, much much later than I had hoped to be on the main road.

Once on M4 we were back in a world of wide lanes, divided highways, good signage, etc. Life was good again. We kept going west, crossing the Severn bridge to Wales. Interestingly this is a toll bridge westbound, but the toll collection is a good few miles past the bridge instead of before it like San Francisco’s bridges.

Then, as we got to about 20 miles from Cardiff, the damn motorway closed down for “works” — possibly related to the upcoming NATO summit and security measures being put in place around town.

I tried to follow the diversion signs but ended up taking the wrong exit from the roundabout and got stuck going north on A449. Unlike our old friend A360 this was a very nice modern highway, but there’s no place to turn around for 10 miles… So it takes a while to get back and try again.

Following the diversion signs we ended up back on M4 but eastbound, back towards London. Argh! We stopped at the next services centre for another break and to regroup.

Google Maps just kept routing us to the closed section of M4 so was of limited help. I called the hotel in Cardiff to ask for a recommended alternate route, but they knew nothing about the closure. I called Europcar but they couldn’t give me anything useful either. Finally, a nice lady at the Costa coffee place overheard our dilemma and offered a route through Newport which would take us around the closure and pick up M4 again. Thanks Becky!

Unfortunately I made a wrong turn and picked up M4 too early, right back at the closure and diversion… And ended up going north on A449 again. We stopped at the first exit to recheck the maps and determined that if we headed back south to the barista’s recommended route and kept going through Newport correctly it would work… But we had to go the 10 miles to the turnaround first, which was very frustrating. Back on the alternate route, another A highway, we entered ROUNDABOUT HELL.

I’m still having nightmares of the Google Maps voice calling out “in 800 feet, at the roundabout, take the second exit to go straight ahead”. Every … fricking … intersection. The alternate route eventually turned out we think to be the recommended diversion route — there were yellow signs with a black circle and a narrow pointing which way to go which lined up with our route and we stuck with that until we returned to the blessed, blessed M4. Finally, we got into Cardiff and Google Maps was relatively sane again leading us to the hotel. We arrived before midnight, but not by much.

Lesson learned: When using your satnav in Britain, research your route first. You can’t tell whether an A road will be comfortable or horrible unless you check it on Wikipedia or something. Gah!