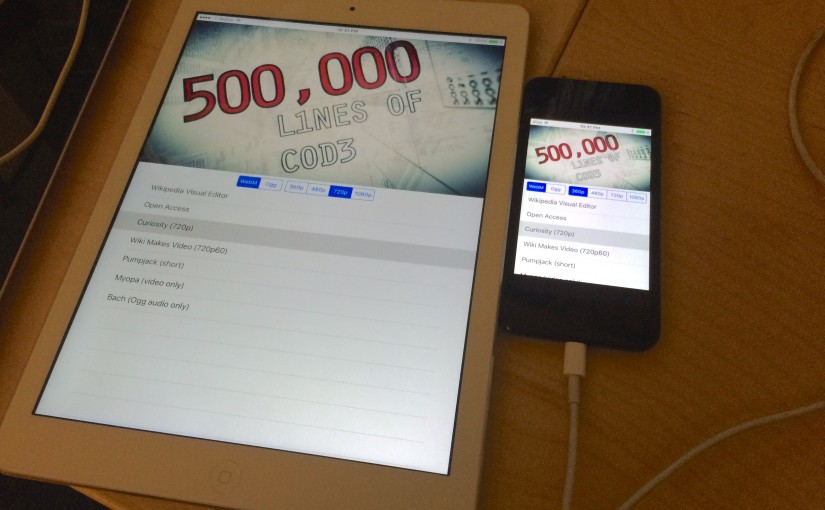 I’ve been cleaning up some of my old test code for running Ogg media on iOS, adding WebM support and turning it into OGVKit, a (soon-to-be) reusable library that we can use to finally add video and audio playback to our Wikipedia iPhone app.

Of course decoding VP8 or Theora video on the CPU is going to be more expensive in terms of energy usage than decoding H.264 in dedicated silicon… but how much more?

The iOS 9 beta SDK supports enhanced energy monitoring in Xcode 7 beta… let’s try it out! The diagnostic detail screen looks like so: 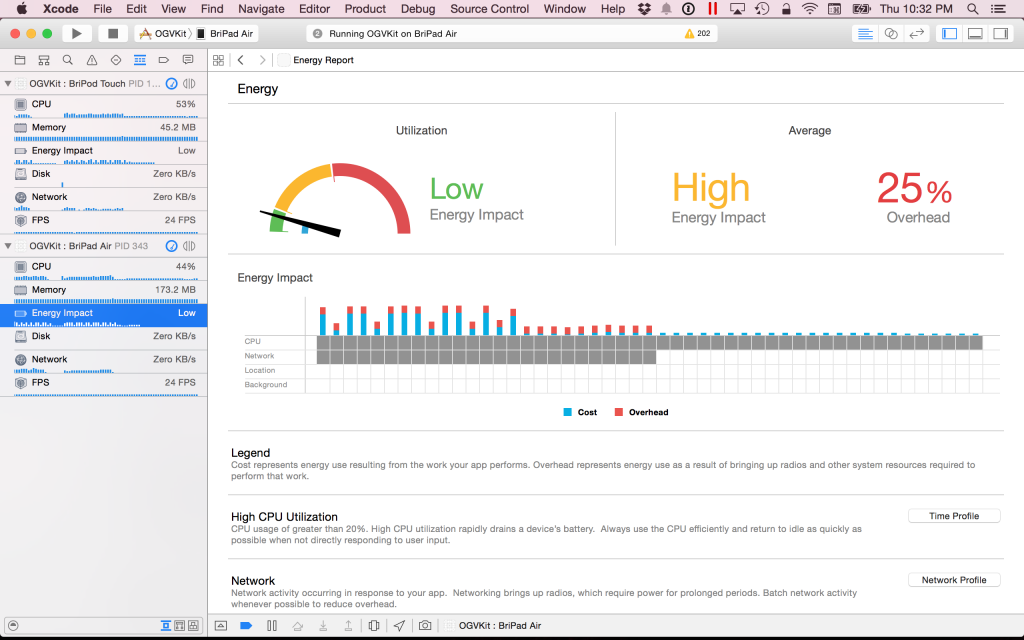 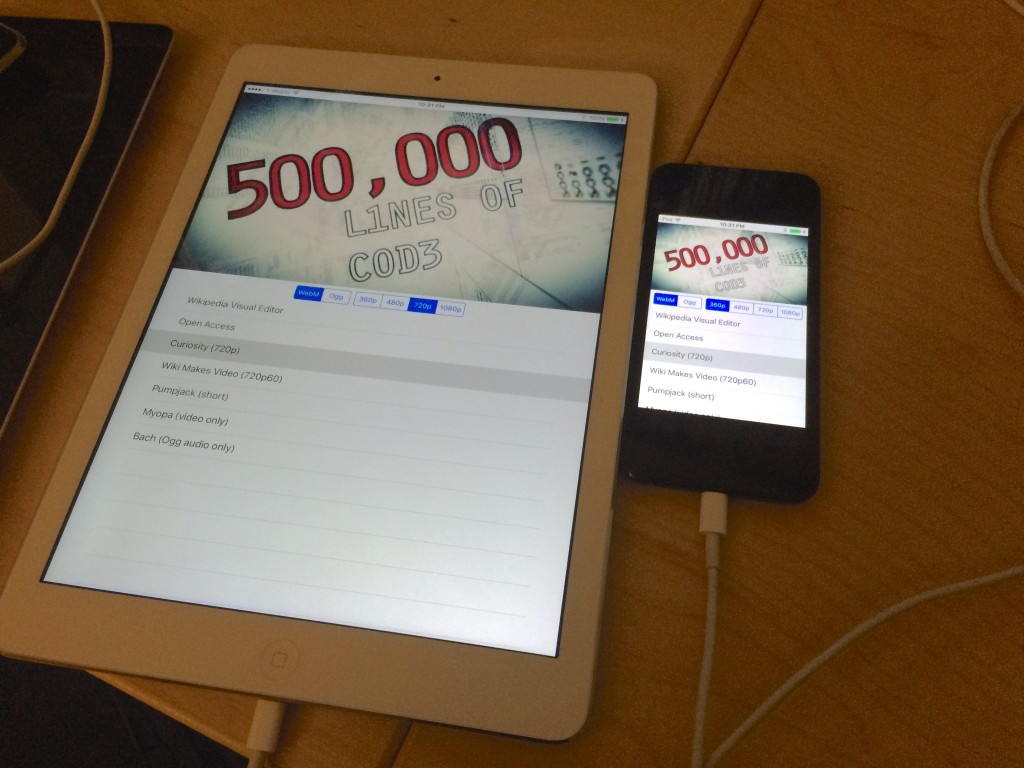 First look: the cost of networking 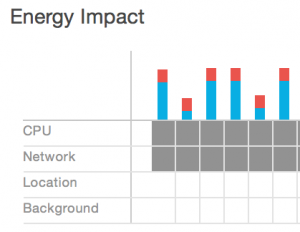 This however is because in addition to media playback we’re buffering umpty-ump megabytes over HTTPS over wifi — as fast as a 150 Mbps cable connection will allow.

Once the download completes, the CPU usage from SSL decoding goes down, the wifi reduces its power consumption, and our energy usage relatively flattens.

See approximate reported energy usage levels for all transcode formats (Ogg Theora and WebM at various resolutions) if you like! Ogg Theora is a little faster to decode but WebM looks significantly better at the bitrates we use.

Ok but how’s that compare to native H.264 playback?

Good question. I’m about to try it and find out.

Ok here’s what we got:

The native AVPlayer downloads smaller chunks more slowly, but similarly shows higher CPU and energy usage during download. Once playing only, reported CPU usage dives to a percent or two and the reported energy impact is “Zero”.

I suppose I’ll have to rig up some kind of ‘run until the battery dies’ test to compare how reasonable this looks for non-trivial playback times… but the ‘Low’ reportage for WebM at reasonable resolutions makes me happier than ‘Very High’ would have!